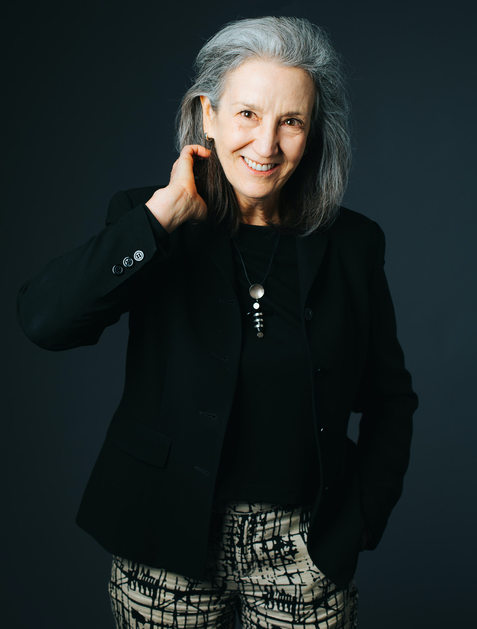 Renata is a writer, editor, and naturalist. She has had essays published by Creative Nonfiction Magazine True Stories, Chautauqua Literary Journal, About Place Journal, Terrain.org, and Border Crossing, among other publications. She also has essays in the anthologies "Unmasked: Women Write About Sex and Intimacy After Fifty" from Weeping Willow Press and "When Birds Are Near" from Cornell University Press, published in October 2020 and edited by Susan Fox Rogers. She will have an essay in the forthcoming First and Wildest, an anthology to celebrate the centennial of the Gila Wilderness, in 2022 from Torrey House Press.

Renata is currently working on an essay collection about the Chiricahua Mountains in southeastern Arizona, where she lived on forty acres fifty miles north of the Mexico border and five miles west of the New Mexico border. Of the several essays from the collection that have already been published, four have been nominated for Pushcart Prizes.

Renata has an MFA in creative writing from the University of Houston. Originally from the South Side of Chicago, she now lives in the shadow of the Sangre de Cristo Mountains in Santa Fe, New Mexico. This essay looks at the Bosnian War in the context of a power outage in in Texas in February, 2021 that left 4.5 million homes and businesses powerless and almost 15 million people with either dirty water or none at all, some for several days. The "massive electricity generation failure" even has its own Wikipedia entry. More than a hundred people died, including an eleven-year-old Conroe boy who froze to death in his bed.

"Birds are born knowing that some day they will leave everything familiar and travel, sometimes thousands of miles, to a place they have never been, to eat foods they have never tasted."

From the Chiricahua Mountains in the desert southwest to Cnoc na dTobar in County Kerry, the heartbeat messages a mountain carries continue an ancient conversation.

Guardian of the Garden

This essay in the anthology When Birds Are Near from Cornell University Press was published in October 2020. The anthology features essays from a myriad of writers, some well known and some better known—all interesting.

A search for an inherited plot of undeveloped land in New Mexico inspires this sprawling history of lies and broken promises involving railroads and ranchers, land grants and land grabs.

In this essay, Renata confronts her fear of perceived inabilities and the consequences of asking for help.

How Much Does A Bag Hold

When two hungry and thirsty men appear on her property in southeastern Arizona, the author must make some decisions, knowing that aiding illegal border crossers is a felony and that her neighbors are watching.

What the Two Percent Are Saying

"Studies have shown that prairie dogs have one of the largest vocabularies in the animal kingdom, with more sophisticated language skills than whales, dolphins, or parrots. Prairie dogs have ... a call for human and can add syllables to that call to say tall human in a blue shirt and thin human in a white shirt and short, fat human in a yellow shirt. A prairie dog in Utah can invent a new call for something she has never seen before, and a prairie dog in Colorado will understand what that call means the first time he hears it. Prairie dogs do not need dictionaries."

From the anthology "Unmasked: Women Write About Sex and Intimacy After Fifty" from Weeping Willow Books